Find out more about our story, our mission, our values and daily life

Attestation Légale has been simplifying company administration since 2012.

It all began in 2008. During a visit to one of Microsoft’s laboratories in Cambridge, Renaud Sornin wrote just one word in his notebook: “collaborative”.

While he was Purchasing Director at Bouygues Construction, he was confronted with the problem of burdensome administration. An idea emerged

One day, he decided to create a social B2B network that would allow companies to share documents more easily

He brought Bertrand Laffay and Fréderic Jullien on board, two founders of OFA’s mother company Infolégale

Together, in 2012, they created the solution. Today they form a constellation of companies: Infolégale, Attestation Légale and SIS

SMABTP entered into the capital in 2014, thus assuring OFA’s position as a Trusted Third Party

Since its creation, OFA has been delighting companies in all sectors - construction, transport, events and many others

In 2017, Renaud Sornin added a second word to his notebook: “authenticity”

OFA chooses NextStage as investment fund for their human values 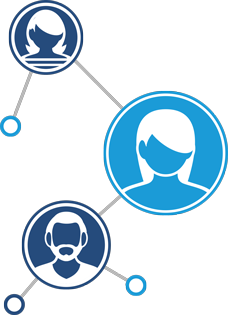 Attestation Légale? An innovative solution combined with highly-engaged teams in order to:

Find out more
Say good-bye to paperwork, concentrate on your core business

Find out more
A business community of over 30000 professionals

Find out more
Keep your documents up-to-date thanks to our teams, and win new business more easily

To build, with and for our stakeholders, one of the most beautiful companies in the world. Did we tell you we’re ambitious?

At Attestation Légale, our work is based upon the system of the shared enterprise. What do we mean by shared?
Meet the Team

Come and work for OFA

Now you know what we do and what drives us. At Attestation Légale, we are always interested to hear from talented people interested in joining our teams. If you share our values and place the client at the centre of everything you do, it sounds like you have what it takes to work with us!
Find out what positions are available

A warm welcome, PS4 games and plenty of coffee

Breakfasts, team meals and monthly meetings where we discuss work, life and the universe, plus an annual seminar, all to ensure a strong team spirit.